Letter to the Leaders of the Greek Community 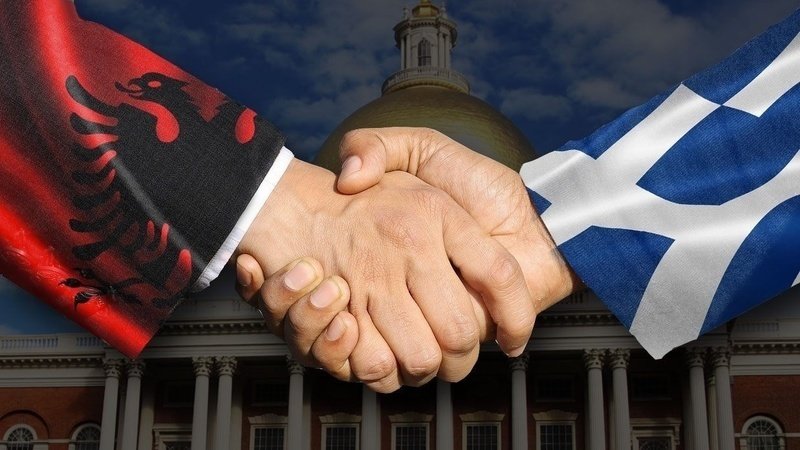 Suggested by Mayor’s Office for communication and resolution between our communities, we have drafted the following letter to the leaders of the Greek Community following the Greek Parade:

Consulate of the Hellenic Republic in Boston

On Monday June 17th myself and Professor Gazmend Kapllani met with officials of the City of Boston to discuss the concerns  of the Massachusetts Albanian-American Community regarding the Boston Greek Independence Parade held on Sunday April 7th. Our concerns are outlined in this online petition which perhaps you have already seen.

The Mayor’s Office suggested that we reach out to you and this was met with our immediate positive response.  So, we are now reaching out to you, the parade organizers (Federation of Hellenic-American Societies of New England), and other members of the Massachusetts Greek-American Community who attended and did not attend the parade to engage in open dialogue with us regarding our concerns.  We think it would be helpful to arrange a meeting some time in the future so that we can begin to discuss, and hopefully resolve, our differences, and so that we can report back to the Mayor’s office on any progress made.

We hope that we will be able to engage in fruitful dialogue with you so that we will not have to continue discussions with the Mayor’s office and, if necessary, to lobby for the Mayor and other public officials to boycott future Greek Independence Parades.  We are prepared to do this, however, until we are sure that future parades will only be exhibitions of Greek National Pride (which they should be and which we applaud), and not include anti-Albanian parade floats and speeches, or other behavior that indicates excessive nationalism and/or lack of inter-ethnic tolerance.

Thank you very much, and I look forward to hearing from you.

Mr. Vasilios Kafkas, President of the Federation of Hellenic-American Societies of New England

His Eminence Metropolitan Methodios of the Greek Orthodox Metropolis of Boston

Her Excellency Floreta Faber, Ambassador of Albania to the United States of America